Hosts Art Lewis and Sue Smith of WSGW-AM News radio 790 in Saginaw, MI, will interview Rosemarie and Linda about their book “Which Fork Do I Use?” on October 13, 2015, at 7:10 a.m. PDT on their popular radio show “Listen to the Mrs.” You can listen live on their website, www.wsgw.com. This radio show has aired continuously since 1952 and focuses on recipes and helpful hints…and perhaps they will talk about table settings and dining etiquette today.

Linda and Rosemarie’s next scheduled event is Monday, October 12 at 8:05 AM PDT on “The Idea Exchange” show on WBEV-AM radio in Beaver Dam, Wisconsin. Listen in and hear Linda and Rosemarie talk about their award-winning book, Which Fork Do I Use?

Linda Reed and Rosemarie Burns will be talking about their award-winning book, Which Fork Do I Use?, on the “Just Ask Joyce” Show on WFIA-AM in Louisville, Kentucky on Wednesday, October 7 at 9:00 AM EDT. If you are outside the Louisville area, you can listen on the internet by going to www.justaskjoyce.com and click on the Listen Now button. The shows are also available on podcast. 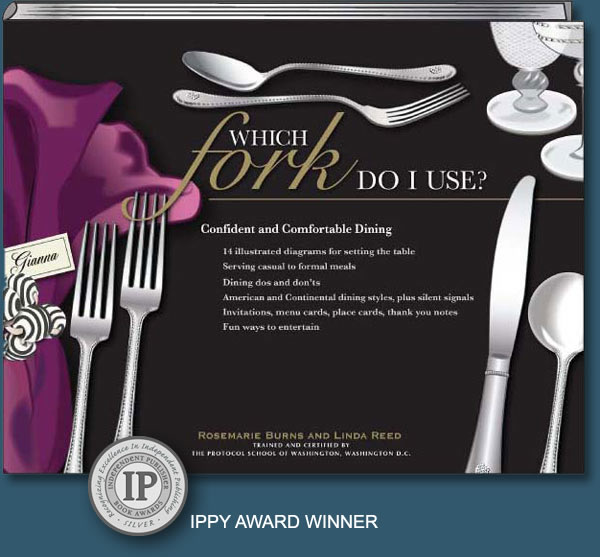